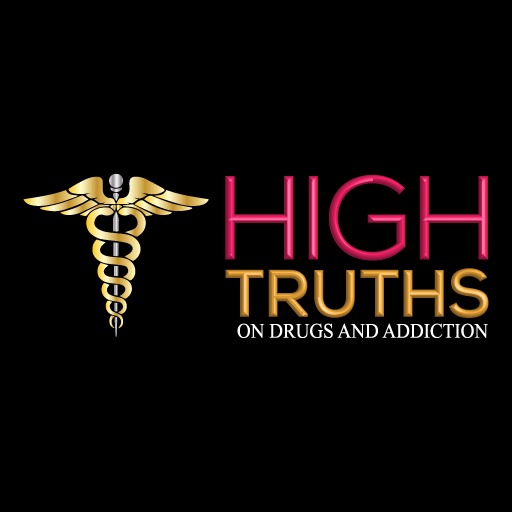 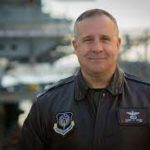 Glenn Ignazio lived his dream of being a decorated air force pilot and it all came crashing down after a terrible accident. He became addicted to opioids, lost his beloved career, faced divorce, and dealt with the pain of friends dying from suicide.  He seemingly lost everything as he was learning to walk again.  What is the secret to his resiliency?  Glenn explains Failing Forward.

Glenn is best known for his experience translating complex technology into tactical operations that strategically position critical solutions for commercial, defense, and government organizations. This reputation has led to professional expert and advisory engagements with the U.S. Assistant Secretary of Defense for C4ISR, members of the UAE Royal Family, and defense agencies throughout Europe and Asia.

He has used various sensor and unmanned systems in security operations that included the protection of borders, ports, economic exclusion zones, and critical infrastructures. Further, he has conducted anti-piracy and counter-smuggling operations across the globe, including detecting, deterring, and preventing the illicit movement of weapons, drugs, trafficked humans, and technology.

In 2022, Glenn will release a book where he chronicles the lessons of resilience, from high to low moments of his personal and professional life.

What does Dr. Profeta tell college kids about drugs? He shows them what it's like for him, as an emergency physician, to tell their parents they died of an overdose. That's the worse horror for a doctor. Dr. Louis M. Profeta is a nationally recognized, award-winning writer and Emergency Physician at St. Vincent Hospital of Indianapolis. He is clinical instructor of Emergency Medicine at Indiana University and Marian University Schools of Medicine. A graduate of Indiana University and its School of Medicine, Dr. Profeta completed his post-graduate training in Emergency Medicine at the University of Pittsburgh.  He is a dynamic and sought-after public speaker and writer as well as a frequent guest on TV and radio who has gained critical acclaim for his essays on topics such as his eye-opening look at our national preparedness for influenza pandemics in What Scares Me More than Ebola.  In 2015, 2016 and again in 2017 he was named LinkedIn Top Voice for readership in health care. In 2020 he was recognized by LinkedIn as one of the Top Voices In Health Care related to Covid-19. The Society of Professional Journalism honored his scathingly sarcastic but passionate essay, Your Kid and My Kid Aren’t Playing in the Pros, as one of the best articles on sports in 2014. In 2018 he was honored by the National Society of Newspaper Columnists for his contributions to online media. Dr. Profeta's best-selling book, The Patient in Room Nine Says He’s God, continues to earn critical acclaim as a poignant and passionate look at society, God and life through the eyes of an ER doctor. His essay  I Know You Love Me--Now Let Me Die has been ...

Methadone Clinic give methadone, but can they use other medications to treat addiction or assist with other drugs such as methamphetamine? Listen to the conversation with our nation's leader of opioid treatment programs, Mark Parrino. Mark W. Parrino, MPA President, American Association for the Treatment of Opioid Dependence, AATOD Mr. Parrino has been involved in the delivery of health care and substance abuse treatment since 1974. He received both a Baccalaureate in Psychology (1974) and a Masters in Health Policy, Planning and Administration (1982) from New York University. Mr. Parrino served as the Director of the Gramercy Park Medical Group, an outpatient methadone treatment program, from 1980 to 1994. He also served as President of the National Development and Research Institutes, Inc. (NDRI). Mr. Parrino served as the Chair of the Center for Substance Abuse Treatment (CSAT) Consensus Panel for State Methadone Treatment Guidelines, the first Treatment Improvement Protocol (TIP) published for national distribution. Currently, Mr. Parrino is the President of the American Association for the Treatment of Opioid Dependence (AATOD) and continues to be responsible for the development and implementation of the Association's organizing initiatives. He also serves as the Vice President of the World Federation for the Treatment of Opioid Dependence (WFTOD). ...

Some people say that it is inevitable that kids use drugs. They are wrong. Be inspired by Rebekah Jin and learn from Angela Ampomah how nation wide youth are taught resiliency and making good choices about drugs. Angela Ampomah, MPH is currently the Youth Leadership Associate and is responsible for interacting with youth in managing and developing CADCA’s youth trainers to ensure efficiency from the initial planning to onsite implementation of training. Angela has her Master of Public Health degree with a concentration in public policy. Angela has over 3 years of experience working with AmeriCorps as a Corps Member. She assisted with early literacy initiatives with children in Jamaica Queens, NY. She graduated from St. John’s University with a B.A in Sociology and a minor in Psychology. While in NY, she volunteered at the Grand Central Food Program, Coalition for The Homeless for the duration of her undergraduate career. She is involved in youth public health initiatives back in her native country of Accra, Ghana where she educates and empowers them to grow their communities to become a safe place to live and grow in. http://youth.cadca.org   Rebekah Jin is a Chicago native and will be a senior at Adlai E. Stevenson High School this fall. Rebekah has been involved in substance abuse prevention work since middle school, and has since been a four year member of her coalition. Her freshman year of high school, she began working on marijuana policy with other members of her coalition where ...