What is the aftermath of the COVID pandemic in terms of damage from drugs? What is the science behind helpful or harmful effects of marijuana? What are the strategies in treating methamphetamine use disorder? What is universal prevention in terms of protection from addiction. Learn all this and more from a key national leader, Dr. Wilson Compton. 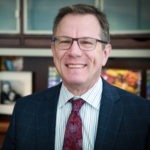 Dr. Wilson M. Compton serves as the Deputy Director of the National Institute on Drug Abuse (NIDA) of the National Institutes of Health.  NIDA supports most of the world’s research on the health aspects of drug abuse and addiction related to preventing drug abuse, treating addiction and addressing the serious health consequences of drug abuse, including related HIV/AIDS and other health conditions. In his current role, Dr. Compton’s responsibilities include working with the Director to provide scientific leadership in the development, implementation, and management of NIDA’s research portfolio in order to improve the prevention and treatment of drug abuse and addiction.

Prior to his current appointment, Dr. Compton served as the Director of NIDA’s Division of Epidemiology, Services and Prevention Research from 2002 until 2013. In this leadership role, he oversaw the scientific direction of a complex public health research program of national and international scope addressing: 1) the extent and spread of drugs of abuse, 2) how to prevent drug abuse, and 3) how to implement drug abuse prevention and treatment services as effectively as possible.  Of note, since 2010 he has led the development of the Population Assessment of Tobacco and Health study (PATH), a large scale longitudinal population study with 45,971 baseline participants ages 12 and older. Jointly sponsored by NIDA and the U.S. Food and Drug Administration (FDA), PATH includes prospective data collection using both surveys and biological assessments to inform the development of tobacco regulations in the United States.

Before joining NIDA, Dr. Compton was a tenured faculty member in the Department of Psychiatry and Director of the Master in Psychiatric Epidemiology Program at Washington University in Saint Louis, as well as Medical Director of Addiction Services at the Barnes-Jewish Hospital in Saint Louis.  Dr. Compton received his undergraduate education from Amherst College. He attended medical school and completed his residency training in psychiatry at Washington University.

During his career, Dr. Compton has achieved multiple scientific accomplishments: he was selected to serve as a member of the DSM-5 Revision Task Force; is the author of more than 200 publications including widely-cited papers drawing attention to the opioid crisis in the U.S.; and is an invited speaker at multiple high-impact venues, including multiple presentations to federal judges in presentations sponsored by the Federal Judicial Center.  These judicial presentations have focused on how the science of addiction may improve policy and practices related to persons with addiction within the criminal justice system. Dr. Compton is a member of numerous professional organizations, including the Alpha Omega Alpha medical education honor society. Dr. Compton is also the recipient of multiple awards, including the Senior Scholar Health Services Research Award from the American Psychiatric Association in 2008 and the Paul Hoch Award from the American Psychopathological Association in 2010. The FDA selected him to receive the Leveraging Collaboration Award in both 2012 and 2013 as well as a cross-cutting award in 2017. In 2018, Dr. Compton received the James W. West award from the National Association of Addiction Treatment Providers. Dr. Compton also received the Health and Human Services Secretary’s Awards for Meritorious Service in 2013 and Distinguished Service in 2015, 2018 and 2019.

There are thousands of publications each year, but the American Heart Association (AHA) publication stands out – it is special – a landmark article....

Alcohol is part of the culture in Latin America, but the countries suffer harm due to alcohol. CADCA works with Peru, Brazil, Honduras, and...