What's the overlap in mental health and marijuana? Congressman Patrick Kennedy notes that Addiction for Profit Industry in Preying on Vulnerable populations including children.

During his time in Congress, Patrick J. Kennedy was the lead author of the landmark Mental Health Parity and Addiction Equity Act (Federal Parity Law), which requires insurers to cover treatment for mental health and substance use disorders no more restrictively than treatment for illnesses of the body, such as diabetes and cancer. In 2013, he founded The Kennedy Forum, a nonprofit that unites advocates, business leaders, and government agencies to advance evidence-based practices, policies, and programming in mental health and addiction. In 2015, Kennedy co-authored the New York Times Bestseller, “A Common Struggle: A Personal Journey Through the Past and Future of Mental Illness and Addiction,” which details a bold plan for the future of mental health care in America. In 2017, he was appointed to the President’s Commission on Combating Drug Addiction and the Opioid Crisis.

Kennedy is also the founder of DontDenyMe.org, an educational campaign that empowers consumers and providers to understand parity rights and connects them to essential appeals guidance and resources; co-founder of One Mind, an organization that pushes for greater global investment in brain research; co-chair of the National Action Alliance for Suicide Prevention’s Mental Health & Suicide Prevention National Response to COVID-19 (National Response); and co-chair of the Bipartisan Policy Center’s Behavioral Health Integration Task Force. 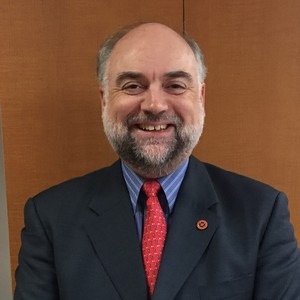 Episode #97 High Truths on Drugs and Addiction with Dr. William Lynch on Vaping

Is vaping helping people quit smoking or creating new smokers? In a simulation model, scientists calculated 3000 years of life gained in smokers who quit through vaping. They also calculated 1,500,000 years of life lost in teens and young adults who started vaping who otherwise would have never smoked. 3000 years gained verses 1.5 million year lost.  What a terrible public health choice. Dr. William Lynch discusses vaping. William J. Lynch Jr. received his pharmacy degree from Rutgers University and is a practicing clinical pharmacist with Jefferson Health System where he is a member of the Pain Management & Addiction Committee. He serves as Adjunct Faculty at the Rowan University School of Osteopathic Medicine, Department of Emergency Medicine. His pharmacy background includes over 35 years of clinical practice at Jefferson and Rowan and also as Adjunct Faculty Clinical Preceptor for Rutgers University, Ernest Mario School of Pharmacy and Thomas Jefferson University College of Pharmacy. He is a clinical scientific expert member of the Office of National Drug Control Policy, High Intensity Drug Trafficking Area, National Marijuana Initiative Speakers Bureau (ONDCP HIDTA NMI) and the International Academy on the Science and Impact of Cannabis (IASIC). He is also a health care professional partner of the Keep Delaware Safe & Healthy Coalition, the State of Delaware Substance Abuse Epidemiological Outcomes Working Group and the Central Virginia Overdose Working Group. Bill serves as an Advisory Board Member with atTAcK addiction and is also a member of the Camden County New Jersey Addiction Awareness Task Force where he serves as the Education and Prevention Committee Co-Chair. He is a certified State of New Jersey Department of Law and Public Safety Division ...

Tyler's Law, SB 864 is a California Law signed by Governor Newson in September 2022 that would require all hospitals to include fentanyl whenever a urine drug screen is ordered in a hospital setting. Most people who learn about the bill ask, "isn't that already happening?" Surprisingly, no. Fentanyl is a synthetic opioid that does not show up on routine hospital opiate screens. To detect fentanyl hospitals, need to purchase a specific fentanyl reagent that averages 75 cents a test. Watch Fox News Story on SB 864 Melissa Melendez was elected to represent California’s 28th Senate District in May 2020 Melissa Melendez represented California’s 67th Assembly District from 2012 to May 2020. She is a veteran of the United States Navy where she became fluent in Russian and one of the first women approved to fly aboard an EP-3 reconnaissance aircraft overseas. She served her country for ten years in the Navy, during the Cold War, Operation Desert Shield and Desert Storm. After leaving the Navy, Melissa started her own small business providing transcription services to high-level Pentagon officials. She was elected to serve on the Lake Elsinore City Council in 2008 where she also served as Mayor.  Melissa has her Bachelor’s degree in History and Political Studies and a Master’s degree in Business Administration. She lives in Lake Elsinore with her husband Nico, also a Navy veteran, and their five children. Juli Shamash is mother of Tyler who died of fentanyl after a negative drug screen at an emergency department. After Tyler's death Juli established the Drug Awareness Foundation to provide education and advocacy on drug deaths.   ...

When Colorado voted to legalize marijuana, did they also mean to legalize high potency THC products that acts more like methamphetamine than marijuana? Listen to Dawn Reinfeld the woman behind Colorado cannabis reform legislation adding consumer protection from the new engineered products. Dawn Reinfeld Dawn Reinfeld is the co-founder and Executive Director of Blue Rising and Blue Rising Together. Having grown up in New York, Dawn has lived in Colorado for thirty years. She is an artist by trade and became active in Democratic politics after the school shooting at Sandy Hook Elementary School. Dawn spent years advocating for gun safety legislation, developing skills in strategy, outreach and organizing. Her interest and commitment to issues surrounding the harms of high potency THC are a direct result of raising two teenagers in Boulder, Colorado and seeing first-hand the harms that this drug was causing for our youth. Through her role at Blue Rising Together, Dawn has spent the past two years advocating for and crafting legislation to address the loopholes in Colorado’s framework of cannabis regulations. These efforts ultimately resulted in the passage of HB21-1317, which the Denver Post called, “the most sweeping regulatory bill for the cannabis industry since legalization.” ...