What is going on with Oregon Drug Laws? The state of Oregon made history, the first state in the United States to decriminalize the possession of all hard drugs on November 2020.  Marijuana was legalized in Oregon since 2014.

Is this a good idea, a bad idea, or a yet to be determined social experiment?

Oregon Measure 110, a ballot initiative funded by the Drug Policy Alliance, an advocacy group that promotes drug normalization, and passed with more than 58% of the vote. Possession of heroin, cocaine, meth, ecstasy or other drugs is no longer a criminal offense in Oregon. Possession may be a civil, not a criminal violation that may result in a fine or court ordered therapy, but not jail.

People in Oregon can carry small amounts of drugs. What is a small amount? Less than 1g of heroin, less than 2 g of meth, less than 40 pills of oxycodone.  You can judge if you think that is small or large.

Dr. Hendrickson completed medical school at the State University of New York Downstate Medical Center / Kings County Hospital in Brooklyn, NY. He completed his residency in Emergency Medicine and fellowship in Medical Toxicology at the Medical College of Pennsylvania in Philadelphia, PA. He joined the OHSU Emergency Department and the Oregon Poison Center in 2002.

Dr. Hendrickson has received numerous teaching awards.  He was the recipient of the American College of Medical Toxicology (ACMT) Outstanding Contribution to Medical Toxicology Education Award in 2020.  He was awarded the Faculty Clinician of the Year Award in 2009, 2011, 2013, and 2015 by the graduating OHSU Emergency Medicine residency classes, the Acknowledging Clinical Excellence (ACE) Award awarded by the 2003 OHSU EM residency, and the Best Attending Teacher Award awarded by the 2001 EM class at the Medical College of Pennsylvania.

Dr. Hendrickson’s research interests are in the fields of illicit drug use, methamphetamine, disaster preparedness, and acetaminophen. He has twice been awarded the Society of Academic Emergency Medicine’s Most Newsworthy Abstracts for his work on methamphetamine-related Emergency Department visits.

Dr. Hendrickson is a Professor of Emergency Medicine, the Medical Director for the Oregon Poison Center, and the Program Director of the Medical Toxicology Fellowship. 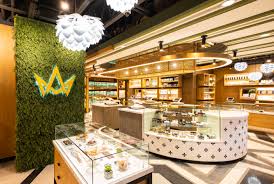 Dr. Lev continued her visit at March and Ash marijuana store. After meeting Terry the store manager in Part 1, she meets sits with...

How does a retired bald DEA agent reach children about making the right choices when it comes to drugs? Rockwell Herron Developed “I Choose...

Can Public Health and Public Safety overcome suspicion of each other and create a partnership to prevent overdoses? Follow the North Star is the...